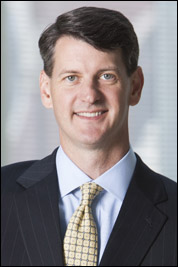 Roger Haynes Attorney at Law has been providing the highest quality criminal defense representation to Texans since 2000. He has defended hundreds of clients against the accusations of the State and Federal government. He has trial experience on more than 200 cases.

Roger is admitted to the US Districts Courts for the Northern and Eastern Districts of Texas as well as the US Supreme Court and defends clients in Federal courts across the country. No matter how complex or simple the case, Roger has the experience and knowledge to handle it properly.

Roger started his career in criminal law in 1996 as a prosecutor for the Dallas County District Attorney’s Office before leaving to start his own criminal defense law firm in Dallas, Texas. Roger started, like most Assistant DA’s, handling misdemeanor level cases like DWI, Theft, and Possession of Marijuana.

After over 100 trials in less than a year Roger was promoted to handling felony level offenses and soon thereafter entrusted with prosecuting the most serious crimes in Dallas, physical and sexual abuse of children. Later Roger was promoted again and assigned to a criminal trial court and finally prosecuted Family Violence cases before leaving the DA’s office. After adding another 50 felony trials and 3 ½ years of experience, Roger opened his Dallas criminal defense firm.

Many lawyers never listen to the client or fully explain the process. Collin County Criminal Defense Attorney Roger Haynes takes the time to listen to you and address your concerns. Since 2000 Roger has focused on providing clients with representation that is both effective and aggressive but also remembers basic values like keeping the client informed.

“Dear Mr. Haynes,
Thank you so much for representing me. I just want you to know how happy I am for your work on my case. Again, thank you so, so much!!!!!”

“Mr. Haynes truly cares. He kept my family and I informed all the way through my case, even when I was in jail. He knew my Judge and worked to give us ample time to prepare for my trial. “